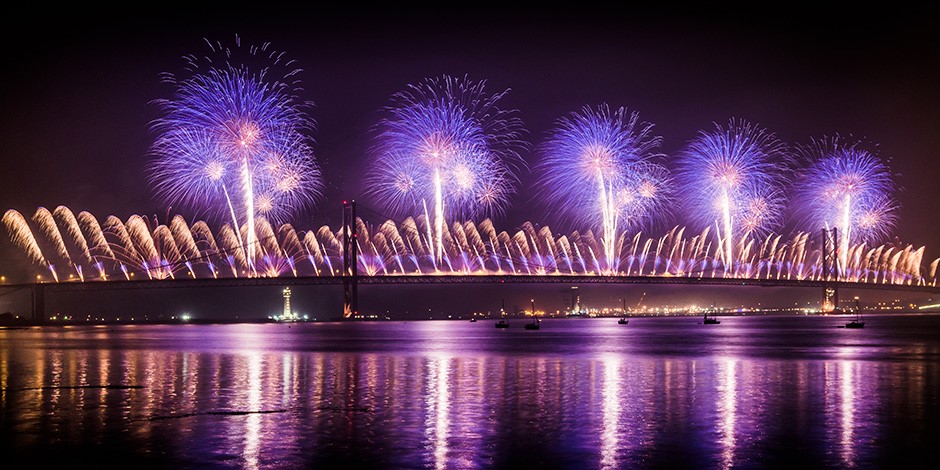 There are three main reasons for having firework displays on water: safety, aesthetics and context.

Perhaps the most obvious point is that if we are not using ultra low debris effects (see previous blog about working on rooftops) we need to observe safety distances for the effects we are using and sometimes the middle of a river, lake, estuary or offshore is the only place which affords the space we need.

Behind the Scenes at the London New Year’s Eve Fireworks from Titanium Fireworks on Vimeo.
Sometimes the design process just cries out for width or chase effects and so through the use of pontoons or suitable structures on the water that space, relative flatness and distance can be put to excellent use. 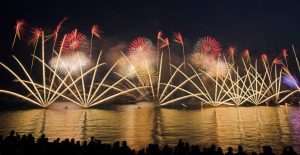 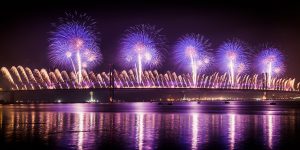 Of course waterways are an absolutely integral part of so much of our history and in this context using them make perfect narrative sense. Who can forget the the opening sequences of London 2012 with a deeply symbolic journey up the Thames through England’s Green and Pleasant Land to the Industrial heart of London Old, to the emergence of London New at the regenerated Queen Elizabeth Olympic Park in Stratford. Barges were used on the Thames, ripping chases fired out from Tower Bridge and 75 positions lined a 1KM stretch of the River Lee. 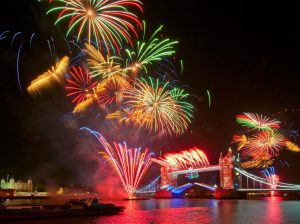 More recently we incorporated the River Clyde into the Opening of the Commonwealth Games and last year the Launch of the new Viking cruise liner on the Thames at Greenwich. 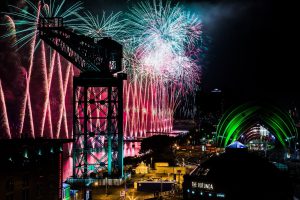 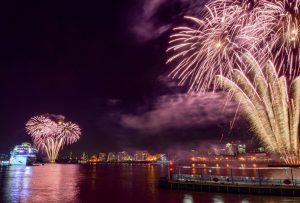 The firing platform can be a pontoon, a barge or self propelled vessel but they all need to be held in their correct position at the time of firing, whether by moorings, spud legs, a barge or GPS and anyone who has ever worked on water will tell you that preparation and understanding is vital. You cannot work against a tide, you have to work with it.

We continue to look for the best ways to perform on water.  At 2017 hours on 1st January 2017 we were very proud to help Hull formally introduce their year as the UK Capital of Culture with the “In with a Bang” display on the River Humber. The City was built around what the estuary provided over centuries of settlement and development so how contextually appropriate that it should feature so prominently in celebration. Of course offshore was the safest place to fire such a large display and the picture below shows that aesthetically we think it was absolutely on point.