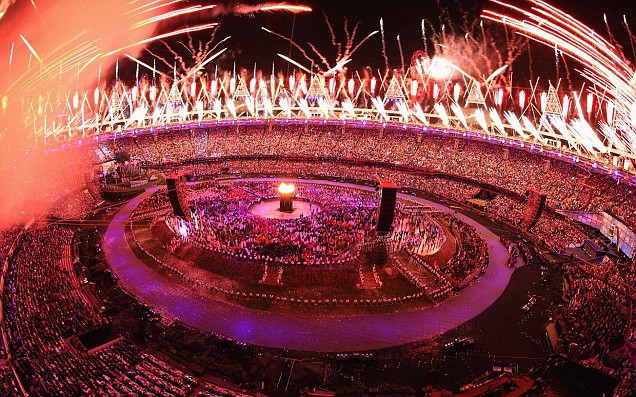 8 years have passed now since the amazing London 2012 Olympic Games Opening Ceremony, directed by Danny Boyle. Brilliant, Extraordinary, Wonderful, Amazing, Vivid, Vibrant, Quirky and Surprising, these were just some of the superlatives used in the reviews that followed the Opening Ceremony of the 30th Olympiad.

Recently, we saw one of those top 10 lists appear on our social media feed and this one was the top 10 Olympic ceremonies. We were proud to see that number one was London 2012 with Beijing second. An important factor that is often forgotten now was the fear, worry and dread that much of the nation shared preceding the London Olympic Ceremony. There was this amazing sense of how could we follow the jaw dropping spectacle of Beijing 4 years earlier? Most people we spoke to were so nervous that, as a nation we would end up embarrassing ourselves. Even programs like “Have I got News For You” joked that the Opening Ceremony will consist of a few burning tyres in the middle of the stadium. Danny Boyle had the expectation of a nation on his shoulders to ensure that he delivered a ceremony fitting of such an occasion but with a far smaller budget.

Providing the firework and Pyrotechnic systems was no minor undertaking, nothing can ever compare to the scale of an Olympic Ceremony. The challenges were immense, but the reward after the show to see some of the most iconic images the following day more than paid off for the many hours, days, weeks and months of hard work and planning to pull off the largest and most complex series of firework displays the country has ever seen. 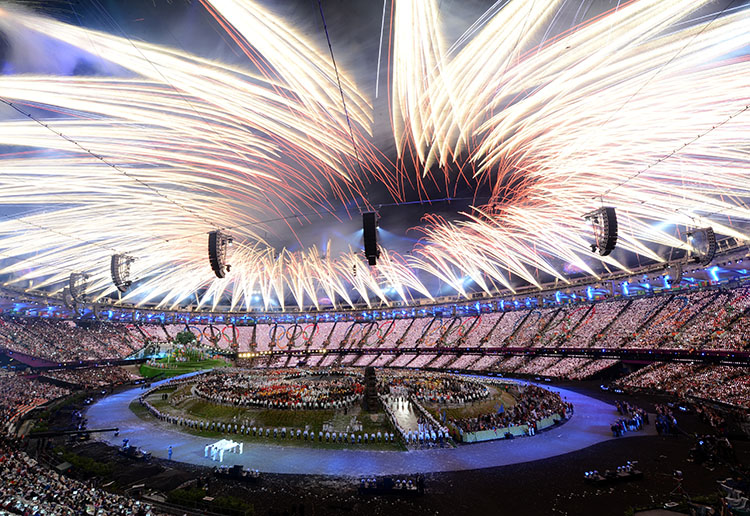 As well as being one of the most significant entertainment and cultural events this country had ever put on it was also very important to us as a company as it was the four directors leading the design, delivery, management and firing of the show which inspired them to found their own company. We recognised that clients wanted a high end professional delivery of shows and we were perfectly placed with our passion and expertise to deliver this to them as Titanium Fireworks.

One review claimed, “Danny Boyle’s epic opera of social and cultural history was a vibrant work of unfettered imagination that celebrated a nation, but even more so, its people”. A second commented, “a vivid and vibrant pageant which set the tone for these Games and perhaps even a new direction for the Olympic movement. Rio de Janeiro has a hard act to follow”. For us it was an iconic event that we will all remember for the rest of our lives and were all hugely proud to be a part of the delivery of an amazing national and international celebration.