Toby Alloway tells us about his favourite display

I’ve had the honour of being involved in some of the most exciting events in the UK in the last decade, so picking a favourite is a tough decision as when I think back there really are so many highlights. 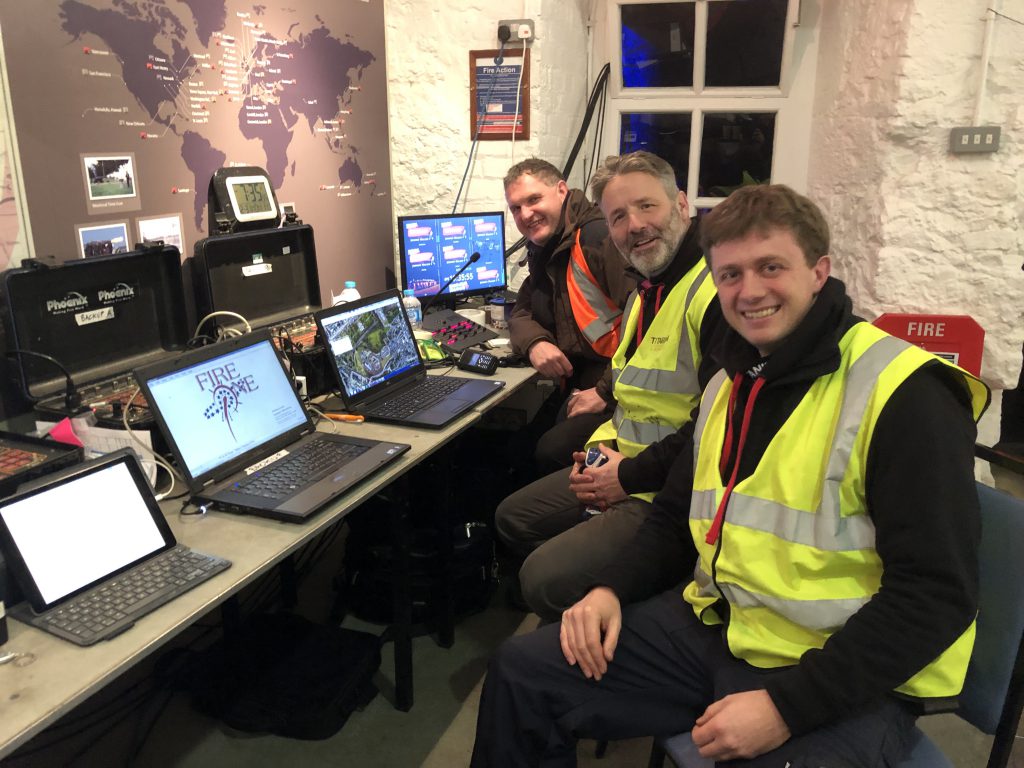 I think the one that stands out the most for me in particular is Edinburgh’s Hogmanay, especially the one from the start of this year.  We’ve been firing the display for well over a decade and I have personally fired and designed it for all that time but the start of 2020 had all the ingredients that we designers dream of; an incredible backdrop, a wide frontage to creatively fire a vast range of fireworks,  a huge, appreciative audience and a punchy soundtrack.

The latter was created by Hogmanay’s headline act – Mark Ronson, producing a perfectly crafted firework mix with a varied range of styles to choreograph to. From funk, soul, hip-hop, EDM, to big band and even Country. The 8 minute show was the most complex we had ever designed for this event and was fired by 136 FireOne modules, each with 32 cues. These all joined together to the master panels and fired over 3.5 Tonnes of fireworks up into the darkness to a height of 300m to illuminate the famous Edinburgh skyline.  As an added feature this year we had a headliner was DJing live during the show so we also fired ultra low debris single shot pyrotechnics from 4 positions on the roof of the stage to augment the performance to draw that stage into the overall show.

The display took weeks to design, ensuring that every last beat and horn stab was perfectly synced with the fireworks.  Once complete, it was passed on to our production team to painstakingly pick and prepare each of the 4000 individual fireworks at our facilities in Cambridgeshire.  On site in Edinburgh we have a team of 16 pyrotechnicians who lay out and rig around 13 tonnes of firing equipment and wire in all the individual cues. Every step of this process is equally vital to ensure the show fires without errors so we’re immensely privileged to have such a talented team who we get to work with us every year. 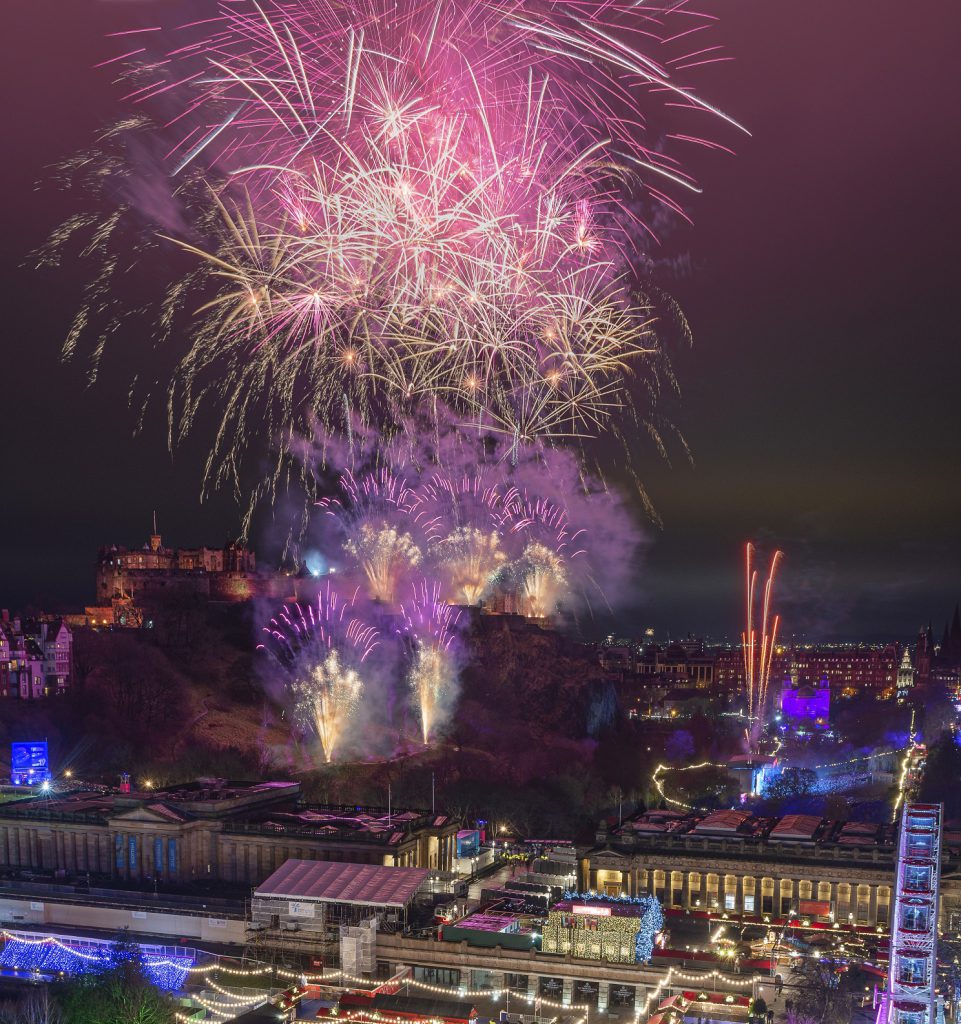 The atmosphere at Hogmanay is always electric but our unique position on top of the castle, looking down on the spectacle of the Street Party on Princes Street, before hearing the crowd count down to midnight never ceases to thrill and is something I look back on with great pride and look forward to with great excitement for the future. 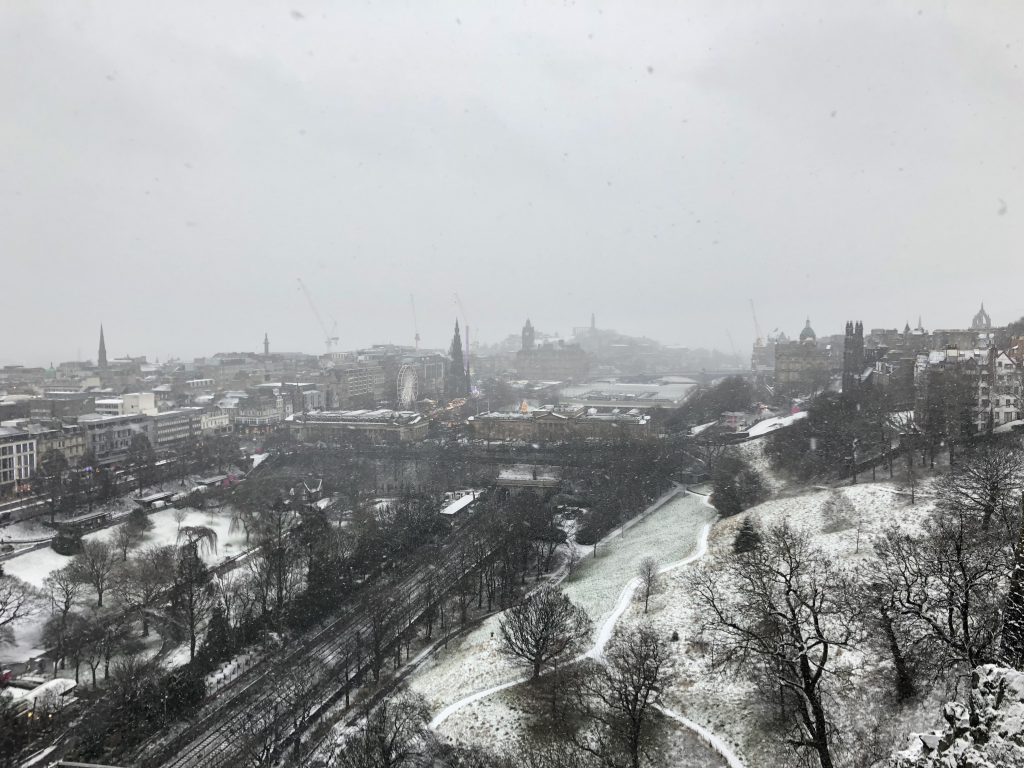